These factors slow down the popularity 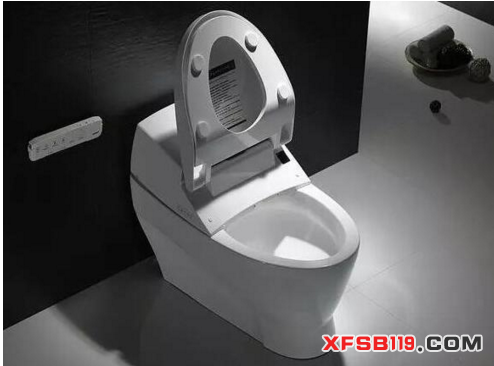 Behind the seemingly prosperous scene, it is the reality of low market share. Sales have increased substantially, but market penetration has been low.
The domestic smart toilet market has about 5 million to 6 million units, and the current market penetration rate is about 1%. Even in the developed cities such as Beishangguangshen and Shenzhen, the penetration rate is only maintained at around 10%.
According to the contents of the Report, many consumers have never heard of smart toilets, and there are deviations in the perception of smart toilets and the dependence on the use of traditional toilets.
To further complete the market penetration of smart toilets, it is imperative to solve the above three problems.
One: cognitive bias
The birthplace of smart toilets is the United States, and the original intention of research and development is not for daily use, but for medical and geriatric care. With the introduction and function iteration of Japanese and Korean companies , the smart toilets at that time have integrated functions such as lid heating, warm water washing, warm air drying, and sterilization.
At present, smart toilets on the market are generally divided into three types, one is a smart toilet with cleaning, heating, sterilization, etc., one is a smart toilet that can be automatically changed, and the other is automatically changeable and A smart toilet with cleaning function.
The popular smart toilets in the domestic market generally have the following functions: automatic flip, seat heating, hip wash, drying, deodorization, automatic washing, night light, and the like. In order to further gain the favor of consumers, domestic manufacturers have added some additional features, such as music mode, automatic switch toilet cover and night lighting system.
However, the market for smart toilets has not changed its downturn due to increased functionality. The reason for this is that the problem of low recognition directly affects the expansion of smart toilets in the consumer market.
Only 1% of the market penetration rate reflects the small number of household users and the proportion of users who have used the product. According to the report, 50.8% of the respondents have never heard of smart toilets before, and 74.1% of them are affected. The interviewer said that he did not understand the benefits of smart toilets, and 83.7% of respondents had never used smart toilets.
Consumers who have not been exposed to this product are the majority, the acceptance of the product is not high, and the development of the potential market has been hindered.
In addition, due to the low popularity, it is difficult for consumers to access smart toilets in daily life, and common prejudice and imagination form an understanding of the product. The resulting misunderstanding also makes the development of smart toilets slow. An important factor.
In the "Report", consumers have many misunderstandings and prejudices about smart toilets, mainly because: smart toilets have potential safety hazards; think that equipment washing is unsanitary, nozzles are easy to become hotbeds of bacteria; The health risks of the body; the price as a smart product is high.
These misunderstandings make consumers unable to have a relatively sound understanding of the function of smart toilets. Rumors and prejudices hinder the further science education of manufacturers to the market.
Second, the installation is troublesome, maintenance is difficult
The problems of installation and supporting facilities have also discouraged consumers. The smart toilet cover is an electric product, and it is necessary to install a three-eye socket, and the consumer needs to know the size of the toilet to ensure that the installation process can be carried out smoothly.
The intelligent toilet lid should be warm water when it is used, so it is necessary to reserve a special tap water pipe in the bathroom instead of using the circulating water.
Although the market popularity is low, there is a misunderstanding of public perception, and there are certain thresholds for installation and maintenance, users who have used smart toilets have high evaluation and satisfaction.
A survey of existing smart toilet users in the Report found that 93.4% of respondents said that the purchase of smart toilets is in line with their expected results, and nearly 30% of them believe that smart toilets are more effective. I expected it.
In addition, through the user's perception of use, first, the user will get a very comfortable cleaning experience after using the smart toilet product. Second, after using the product, it will be cleaner, more hygienic, convenient, and easy to save. Significant improvement. This fully demonstrates that smart toilets are not only a mature product that can meet consumer demand, but also bring a good user experience to consumers.
According to data released by the Cabinet Office of Japan in March 2014, the popularity of smart toilets in Japan has reached 76%, which provides a model for the development of smart toilets in China.
With the emphasis on the health of toilets, the deeper understanding of smart toilets, and the continuous improvement of product functions by manufacturers, the smart toilet market will usher in a real outbreak.