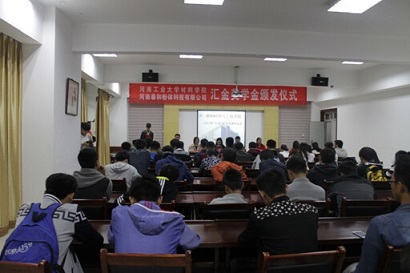 At the beginning of the conference, the host introduced the leaders who attended the meeting and narrowed the distance between Huijin and the students. Regarding the support of Huijin to the students, the Dean of the School of Materials Science and Engineering of the College of Materials and Engineering and the Secretary of the Party Committee respectively delivered speeches at the meeting, expressing their gratitude for the selfless funding of Huijin Enterprises. Next, 60 outstanding students received the Huijin Scholarship at the conference. 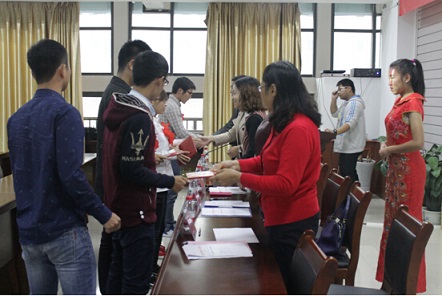 Ms. Kong Panhong, Executive Vice President of Huijin, delivered an important speech at the ceremony. In the speech, Ms. Kong expressed her heartfelt congratulations to the award-winning students and encouraged the students to continue their efforts. Huijin has always been a company that focuses on cultivating talents. Since its establishment in 2012, Huijin Scholarship has helped countless students on Yuanmeng Road. In the future, Huijin Scholarship is willing to share more responsibilities for the society. I hope that all the students here today can grow together with Huijin. Bringing the superhard materials industry to a farther future. 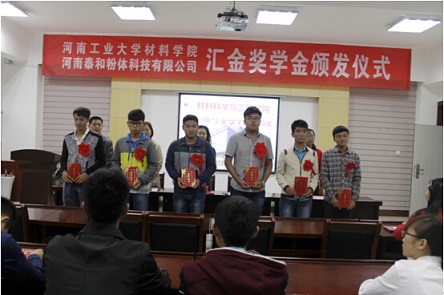 Introduction to Huijin Scholarship : Huijin Scholarship is an award-winning fund for outstanding poor college students established by Henan University of Technology since 2012. It aims to take up social responsibility, open a new era of school-enterprise cooperation, encourage technological innovation and research and development, and make due contributions to the super-hard materials industry. In recent years, the number of outstanding students has reached a record high, and a large number of funded students have become the mainstay of the nation-building cause and the leader of the times.