Reinforced siding is a structural form widely used in aircraft structures. In addition to the damage forms such as cracks, the reinforced panel fastening joints such as rivets and bolts can also be seen as a form of damage. The detection of such fastener loosening damage is one of the main tasks of aircraft structural health monitoring. Damage detection is the core and foundation of structural health monitoring technology [1]. At present, most vibration-based damage detection methods are carried out in the frequency domain. In practice, the direct test of the structure is the time-domain vibration response signal of the structure, and the signal is from the time domain. Transforming into the frequency domain not only brings computational errors, but also makes real-time detection of damage difficult. Using the time domain vibration response signal of the test to directly extract the damage characteristic parameters can not only avoid the error caused by the data time-frequency transform, but also has the advantages of online and real-time detection. In [2], the cross-correlation function magnitude vector (CorV) composed of the amplitude of the cross-correlation function of the vibration response between the various measuring points is used as the damage index, and the damage of the structure is detected by the change, and applied to the aircraft siding structure. The damage detection experiment of fastener loosening [3] has obtained good test results. On the basis of CorV, the literature [4] proposed an damage detection method based on inner product vector (IPV), and successfully detected the damage of composite beam model under different noise levels. However, CorV and IPV based damage detection methods need to define a reference point in the detection process. If the test accuracy of the response at the reference point is not high, it may affect the detection effect, that is, the above method implies a reference point response test. Strict requirements for reliability.

In this paper, a method for detecting structural damage by directly using the autocorrelation function of structural response without defining a reference point is developed, and the effectiveness of the method is verified by the test of the loosening damage of the aircraft stiffened panel fastener. Applicability in real-time detection.

1 Damage index based on autocorrelation function

Is the fourth derivative of the delay T for the autocorrelation function R xik ,

The autocorrelation function is:

From equation (7), the k-point excitation can be obtained, and the structure i-point response (hereinafter, unless otherwise specified, the "response" refers to the acceleration response) is the value of the autocorrelation function at time delay T=0.

In order to eliminate the influence of the magnitude of the incentive force,

Normalize to a maximum of 1:

1.2 Damage indicators based on autocorrelation function

The reinforced siding structure used in the experiment is shown in Fig. 1. The web is 0.5 mm thick aluminum plate, and the fastener is mounted on the frame made of aluminum ribs. In order to simulate both the intact and loose fasteners, easy to handle bolts and fasteners are used to secure the ribs and webs. The wall panel is fixed to the test bench by a clamp cantilever, as shown in Fig. 1, the excitation point is located at the left end of the wall plate, and the excitation direction is perpendicular to the plane of the wall plate.

The LMS SCADAS III system generates a 0Hz~15Hz white noise excitation signal with a bandwidth of only the structural fundamental frequency to drive the exciter to excite the wall plate, and collect the response of each accelerometer in a structurally intact state; loose a bolt on the wall panel The open state is regarded as the damage state of the structure, and the local details of the loose damage are as shown in Fig. 3. Each bolt is loosened, the excitation bandwidth is kept constant, and the response of each accelerometer in the loose state of each bolt of the structure is collected.

This is because when the structural state has not changed, the dynamic characteristics of the structure will not change or there will be only a small change due to environmental interference. The normalized characteristic response of each measuring point and the reference response autocorrelation function zero The difference in value is very small, and the value of the damage index is relatively small and irregular at each measuring point, as shown in Fig. 4(a) and Fig. 4(c). When the structural state changes, the structural dynamics near the loose position of the bolt The change of the learning characteristics is particularly obvious. This shows that the normalized characteristic response and the reference response autocorrelation function zero value change greatly near the damage position, while the other positions change relatively small, which is the damage index. There is a maximum value near the damage location, and is much larger than the damage index values â€‹â€‹of other locations, as shown in Figure 4(b).

The application of the real-time test results of the loosening of the stiffened panel fasteners is used to illustrate the applicability of the method in the real-time detection of such structural fasteners. Under the excitation of 0Hz~15Hz white noise, firstly, a response of each measuring point in the structurally intact state is used as a reference response to calculate the zero point value of the autocorrelation function, which is normalized.

Value; under the premise of the unknown structural health state, the response of each measuring point is collected at regular intervals, and each segment of the collected response is divided into 16 segments, and the zero value of the autocorrelation function is calculated separately, which is normalized.

The value, in turn, the damage index Di for each measurement point.

In this paper, the damage index is constructed by using the zero point value of the autocorrelation function of the acceleration response of each measuring point under the excitation of white noise. The experiment of loosening damage detection and real-time detection of the fasteners in the stiffened wall structure shows that:

(2) The damage index proposed in this paper is only related to the modal parameters of the structure, but it can accurately locate the fasteners of the slab structure by using the acceleration response of each measuring point without modal parameter identification. s position;

(3) The method in this paper is applicable to the real-time detection of damage such as the looseness of the wall structural fasteners.

(4) Similar to many existing vibration-based damage detection methods, one limitation of the method is that more points are needed. How to optimize the position and quantity of the measurement points is a future research direction.

AAG Furniture Hinges are designed to provide an effective solution to hanging doors and cabinets,where there is a need for high grade quality hinges. They are made from high grade steel or SS304 material and are suitable for both interior and exterior doors and cabinets where a hinge is required or when being used in conjunction with a door or a cabinet use, we appreciate the simplicity of a quality hinge as well as the value this essential hardware can bring to one`s everyday life.

Please send us enquiry for these furniture hinges. 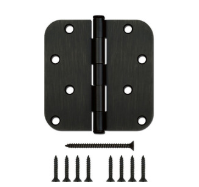 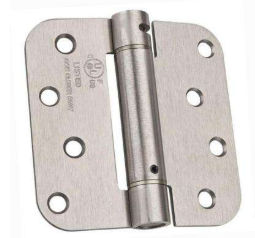 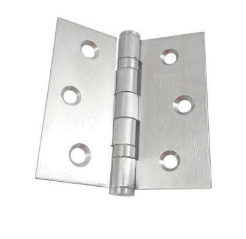 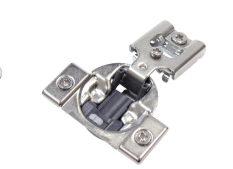 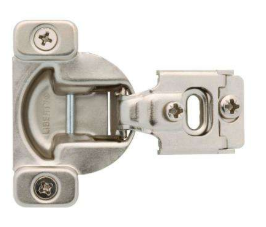 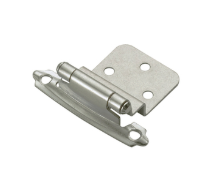 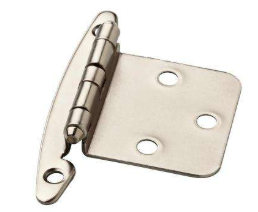 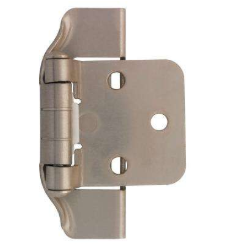 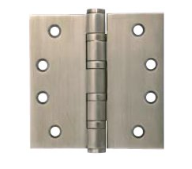